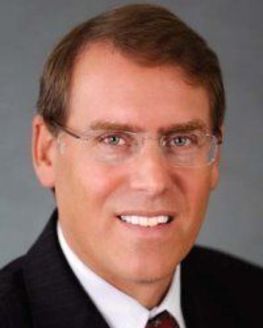 Mr. Pastore focuses his practice on the financial services and technology industries. He represents major multinational companies in state and federal courts, as well as before self-regulatory organizations, such as FINRA and the NYSE, and state utility boards and federal agencies, such as the SEC and the FCC.

He has been consistently named as a leading attorney for financial services companies, including the securities, banking and insurance industries on securities matters. He represents major securities industry companies, including internationally significant brokerage firms, broker dealers, advisory firms, specialists firms, proprietary trading firms, transfer agents and derivative brokers. Mr. Pastore also represents large and small hedge and venture funds and RIAs, and provides counsel on all aspects of private equity investment. He has also handled several of the largest FINRA arbitrations ever held before that body. He was counsel in the recent national seminal securities investigations including the national SPAC Investigation, the recent national CDS investigation and an investigation concerning the largest IPO in US History.

On banking issues, Mr. Pastore has handled regulatory and litigation disputes for the nation’s largest mortgage lenders and defended and prosecuted major matters concerning bank conversions.  On insurance matters, Mr. Pastore has handled major reinsurance arbitrations and litigations including matters filed in foreign jurisdictions hosting captive reinsurance companies.  He is also recognized for his representation of many technology companies. He regularly represents large technology and telecommunications companies, including many Internet, satellite, computer software, networking, voice and data companies, and start-up ventures. He has also served as lead counsel in New York and Connecticut for Fortune 500 corporations in several national class action litigations.

He has published several articles concerning securities law, technology and corporate governance in the New York Law Journal, the Los Angeles Daily Journal, the Connecticut Law Tribune and the Practicing Law Institute. He has ranked AV Preeminent for 15 years in a row, the highest ranking available for attorneys.   He has been named a Super Lawyer for Metro New York, and New England on several occasions.  A corporate magazine has named him “Attorney of the Year” for 2017 for the state of Connecticut.

Mr. Pastore serves on boards for Bucknell University and for The Northern Westchester Hospital. He is a member of the Bars of the State of New York and the State of Connecticut. He has also served on the Corporate Bar Association of Westchester and Fairfield Counties, where he had served as co-chairman of the commercial and business section.  He is presently on the Board of Visitors for his law school.

"How To Better Position Your Arbitration Strategy So As To Prevail on Post-Arbitration Challenges in the Courts," Securities Arbitration 2004

Member of the PACE Law School Board of Visitors